Church Folds in Love with Every Load of Laundry 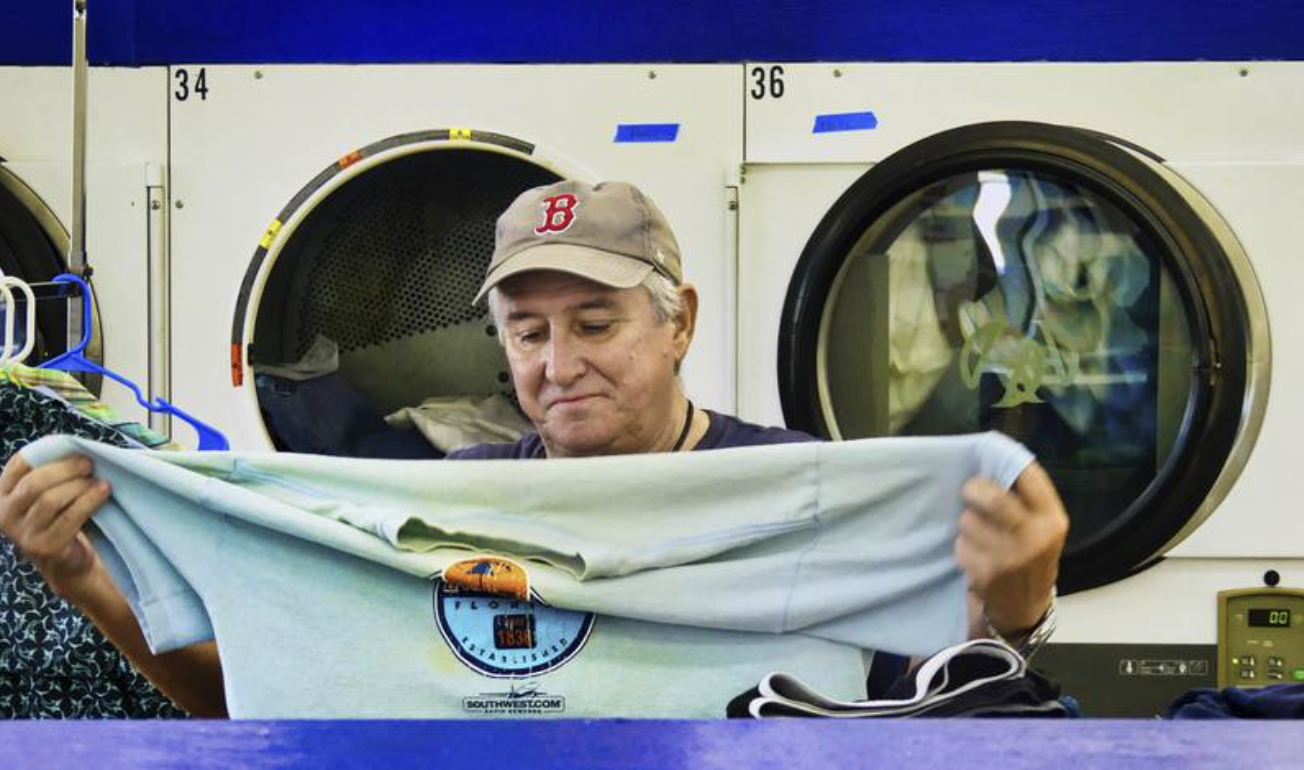 All Saints Episcopal Church in Fort Lauderdale is helping those with low or no income meet one of their most basic needs — clean clothes.

The Rev. Leslie Hague, also known as Mother Leslie, and Richard Markiewicz, the church’s senior warden, created a new ministry called Laundry Love South Florida in 2019. They were inspired by the national organization that was created 20 years ago to help people in need get their clothes and linens washed for free.

All Saints Episcopal now has events once a month at The Laundry Spot at 1410 N. Federal Highway in Hollywood. The laundromat has become the main venue for the church’s outreach. During the first two months of 2022, volunteers helped over 50 individuals and families wash and dry over 1.5 tons of bedding and clothing.

Based on recent national statistics gathered by Laundry Love, people who don’t have laundry appliances can spend around $100 per month on washing clothing and bedding. Another caution is that dirty clothing and bedding can have adverse effects on children in school. Unclean clothes as well as lead to health and mental wellness issues in adults.

According to the organization, they have helped people with over 2 million loads of laundry and served over 1.5 million people since 2003. They also have worked with an estimated 100,000 people every year through their efforts.

Formed from a partnership

Laundry Love not only helps the homeless, but it also helps people of limited income, including the working poor.

Markiewicz initiated the idea for the church to get involved with the effort. It all started with a working relationship that had already been going on with a Broward shelter.

“We had been giving money to the Jubilee Center for the Homeless in Hollywood for years to assist their efforts,” Markiewicz said. “In 2019, I happened to ask the leader of the center if there was anything they were missing from their services for the homeless. She quickly told us she was trying to figure out how to do laundry for her clients.”

The accounts of how the center’s clients were dealing with their situation kept him up that night as he thought about what the church could do to help.

“It bothered me so much to hear the stories of what homeless people were doing to get their laundry done,” he said. “They were going to a swimming pool to get their clothes clean, or they were simply not even bothering to clean them at all.”

Markiewicz’s reflections brought back a memory of an Episcopal priest from Massachusetts who had started a laundry program several years before.

“I called her up and she told me that there is a national program called Laundry Love,” he said. “So I decided to travel to Massachusetts for a vacation. While I was there, I went to see the program in action. I was just blown away by what they had been doing.”

After Markiewicz’s visit to the organization’s efforts up north, he took notes and brought his experience back to Fort Lauderdale to share with his church.

“When I came back, I talked with Rev. Hague and she was very supportive of the idea,” he said. “I told her I would figure it out, including funding, the laundry facility and so on. People at the church were also very supportive. There were a lot of practical questions about how to fund it and so on, but everybody was happy at the end, which was great. The church then granted a small amount of seed money and we went forward from there.”

Markiewicz said within a couple of days after he announced it to the parish, the money started flowing in from the congregation and they embraced the project. He also said he realized that, to make this effort successful, he would have to bring in a partner.

“We started working with the Jubilee Center in Hollywood,” he said. “They have their own clients and community. We talked with people there. We also had large posters made and we started out by handing out flyers there.”

“It was really a man known as ‘T-Bone’, a houseless person, who was asked by a church how they could walk this life journey with him,” she said. “He said quite simply that he felt like if he had clean clothes, that people would treat him more like a human being.”

She said the church in California ended up developing their own ministry to address the need. They decided to partner, along with secular organizations, with a laundromat to make it happen. She said that is what All Saints decided to do here in Broward.

“Rather than getting expensive appliances for a homeless shelter like the Jubilee Center, we went out and found a laundromat who would collaborate with us in our effort,” she said. “In this case, we have been incredibly blessed to partner with the Laundry Spot in Hollywood.”

Hague said that once a month, they have volunteers at the laundromat along with supplies and money for the loads.

“We don’t do the laundry for the clients,” she said. “They have to do that themselves. But volunteers help them choose what size machines they need, then we handle the payments. A part of the empowerment is that they get to do their own laundry. We will help with seniors or people who are impaired, but generally they do their own loads.”

Hague said the church and volunteers don’t have questionnaires or prerequisites for those who come to the monthly event.

“For three hours once a month, people walk in the door,” she said. “We don’t ask them anything other than their first name. We don’t ask if they are working, or whether they have a home. It’s not just the homeless who are often treated badly because they smell… Often, it’s the working poor who have uniforms, or their kids need clean clothes for school and they’re trying to budget laundry in with everything else.”

“The Laundry Spot Hollywood is proud to support the Laundry Love initiative. Our customers are working class and many struggle to make ends meet. With rising costs everywhere, we understand that it might be hard to stay afloat, but it’s terrible to think families have to worry about whether or not they can afford to have clean clothes for work and school,” he said. “We want to help alleviate that burden for local families and do our part to make the community a better place.”

Hague’s wife, Katie Casteel, has been volunteering with Laundry Love since it was started three years ago.

“There was a time in my own life when I was younger and my parents either didn’t have a washer and dryer in our house, or sometimes something broke and then you couldn’t get it fixed, because it’s expensive to do laundry,” she said. “Since everybody needs clean clothes, it’s a great way to give back to the community.”

Residents Neil Bruteig and Vivan Toro are beneficiaries of the Laundry Love program.

“I live in this area. This has been a godsend, with what they’ve done for the last three years. It’s very helpful having this once a month,” Bruteig said. “It’s helped me so much, especially after I lost my job during the pandemic. Thank God for them. I appreciate what they’re doing for others. I’ve gotten to know these people very well.”

Toro is “grateful for these guys coming in here, because like they say, a clean home is a happy home. When you’ve got clean clothes, that’s a happy body and person. Nobody else in Hollywood really does something like this. It’s just a great program that everybody needs.”

Help from Laundry Love is available from 4 to 7 p.m. on the second Tuesday of each month at The Laundry Spot, 1410 N. Federal Highway, in Hollywood.