Click on a tab below to view our people and our different leadership positions. 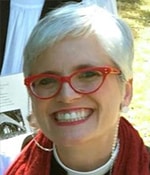 Mother Leslie comes to us from Arlington, Virginia where she has served as Rector at St. Michael’s since 2002. A 1998 graduate of General Theological Seminary, she also completed her undergraduate coursework at The College of William and Mary in 1989. Leslie has previously served at St. Peter’s Episcopal Church, Savannah, Georgia and at the National Council of Churches in New York. Additional involvement includes Diocese of Georgia, Commission on Ministry, Faith and Order Commission of the National Council of Churches, and most recently as Chair of the Diocese of Virginia Committee on Priesthood.

Experienced in ministry with all ages, Leslie focuses on Christian formation and has been directly involved in development of Vacation Bible School and other Christian Education programs. Along with her wife Katie, Leslie enjoys getting out into the community. She started a very popular theological group meeting once a month for diner or drinks, and LOVES baseball!

“As a priest in parish ministry for 17 years (and for my entire life before that as an Episcopalian), I emphasize a focus on growing in the Spirit as individuals and as a community to be Christ’s Body in the world.” 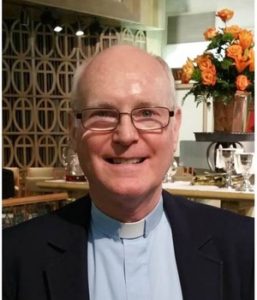 The Rev. Carl H. Beasley III was born in York, Pennsylvania and spent his early years on his grandparents’ farm there.

Fr. Carl retired to Ft. Lauderdale in 2015 to be near his son, Adam, who is a sports reporter for the Miami Herald. He spends his leisure time visiting family, traveling and enjoying grandfatherly duties. 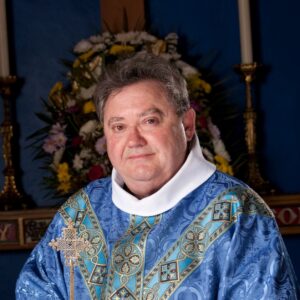 Born in Memphis, TN in 1947, Father Clark received a BA from Memphis State University and then served as a French Linguist in the Army Security Agency in South East Asia during the Vietnam war. Upon his return to the United States he began studies at General Theological Seminary in 1973 and graduated in 1976. While at seminary he studied at the World Council of Churches Institute in Bosse, Switzerland in the summer of 1975. Ordained priest on April 14, 1976 Christ Church, Nashville, Fr. Clark served as the vicar of St. James Church in Dickson County, TN from 1976 – 80.

In 1980 he returned to New York to pursue further studies at General and New York University and served as editor of the Ecumenical Bulletin, a quarterly publication of the Episcopal Church Ecumenical Office, from 1980 – 1982.  During that time he also became the Rector of St. Stephen and St. Martin Church, in Brooklyn, where he served from 1981 – 1987. In 1987 he became the Rector of St. John’s Church in Park Slope, Brooklyn where he served until retirement in June of 2013. During that period he became the Dean of St. John’s Deanery in Central Brooklyn. Fr. Clark studied Internet Website Development and Email News Ministry during a sabbatical at CDSP in 2001 and taught courses in both at the Mercer School of Theology in Long Island. In 2013 he published a book called “Our Story, A History of St. John’s Church in Brooklyn” which is available in hard copy through Amazon.

After retirement he assisted in the Diocese of Long Island as a supply priest as needed and worshiped most other Sundays near his home at Christ Church in Bay Ridge, Brooklyn where he helped out preaching and celebrating as needed. In 2014 he moved to Palm Aire in Pompano Beach, FL. where he now helps at All Saints. 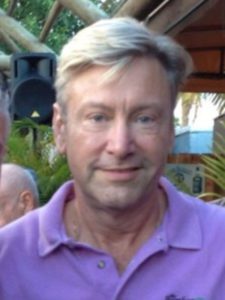 Michael has been a member of All Saints and the parish administrator since May, 2010. He was born and raised in Louisville, KY but lived most of his professional life in Washington DC working as a contractor for the federal government. Michael holds a BS in Computer Science from Strayer University in Washington and has spent the last half of his career in the management of small to medium size companies primarily in the IT arena.

“All Saints is my spiritual home and the source of many joys in my life.  I am so lucky to be surrounded by such a loving, caring and giving group of people.” 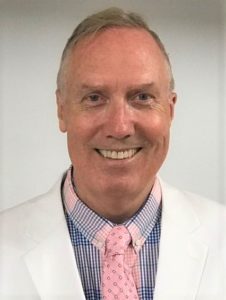 Daniel Copher has served as Organist/Choirmaster at All Saints Episcopal Church in downtown Fort Lauderdale for fourteen years. Dr. Copher founded RiverSounds, a concert series of top choral and instrumental musicians. He is in his twelfth season as Music Associate/Accompanist for the Florida Singing Sons Boychoir and is an adjunct professor at Florida Atlantic University, Boca Raton, FL. There he teaches courses in classical music appreciation, history of jazz, and history of rock and roll.

Prior to his work in Florida, Daniel served as Chapel Organist at the University of St. Thomas (St. Paul, MN).  He was the accompanist for the St. Thomas Liturgical Choir on numerous Middle Eastern and European tours including the Vatican Christmas Midnight Mass in 1988 and 1998.

In addition to his accomplishments in music, he has worked professionally in architectural related fields primarily in financial, strategic, and operational management. He currently or in recent past has served on numerous arts and municipal boards. 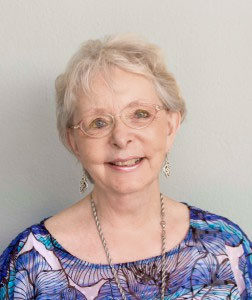 Lou has been a member of All Saints since 2001, serving on Vestry, Altar Guild, Outreach and Flower Guild, as well as being a Verger and Eucharist Minister. She was born in Colorado and raised in New Mexico. She joined the Episcopal Church in 1960 and has served in various ministries throughout the years in the Episcopal Church while living in Texas, Illinois, Wisconsin and Florida. She graduated from American University with a BS in Education and General Studies, and then received a MA from NM State University in Communication Disorders. For several years, she was a clinical audiologist working with those with hearing impairment. Since moving to Florida in 1988, she worked as an audiologist, then was an Admin. Assistant at St. Mark’s Episcopal School before joining the All Saints staff in 2015 as part of the communication team. Currently she is serving as Assistant to the Rector.

The Vestry serves as the authoritative body of the parish, responsible for the financial well being and the property of the congregation. Members are elected by the congregation at the annual meeting. Current Vestry members and email addresses can be found on the Vestry webpage.

Members of this committee include the Rector, the Wardens, senior (3rd year) members of the vestry, the Clerk of the Vestry, the Treasurer and the Asst. Treasurer. The committee sets the monthly Vestry agenda, reviews the parish budget-to-date prior to the Vestry meeting, considers and reviews pending legal and financial matters to be brought before the Vestry, and functions as the decision making body when necessary between the vestry meetings.

Please use our secure online form to contact the committee members. 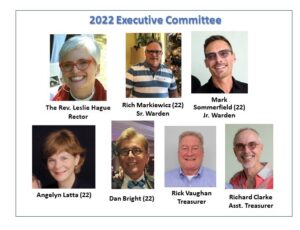 Delegates are responsible for providing two-way communication between the Vestry and the Diocese/Deanery. Delegates are elected by the congregation at the Annual Meeting.

The Endowment Board of Trustees is responsible for the oversight and management of a portfolio of assets known as the endowment. The board of trustees manages the funds in the best interest of the parish. The board works with our asset management company (The Episcopal Church Foundation) to determine the best investment of the endowment assets across a range of investments.  The board provides reports and recommendations to the vestry who has fiduciary responsibility for making all of the endowment’s investment decisions.  The current board consists of:

You may also visit the following website to access recordings of previous or upcoming live stream services: https://vimeo.com/allsaintsftl

Bulletins for each service will be posted on our website:
https://allsaintsfl.org/bulletins/